All Planets Fact and Solar System Planets in Order 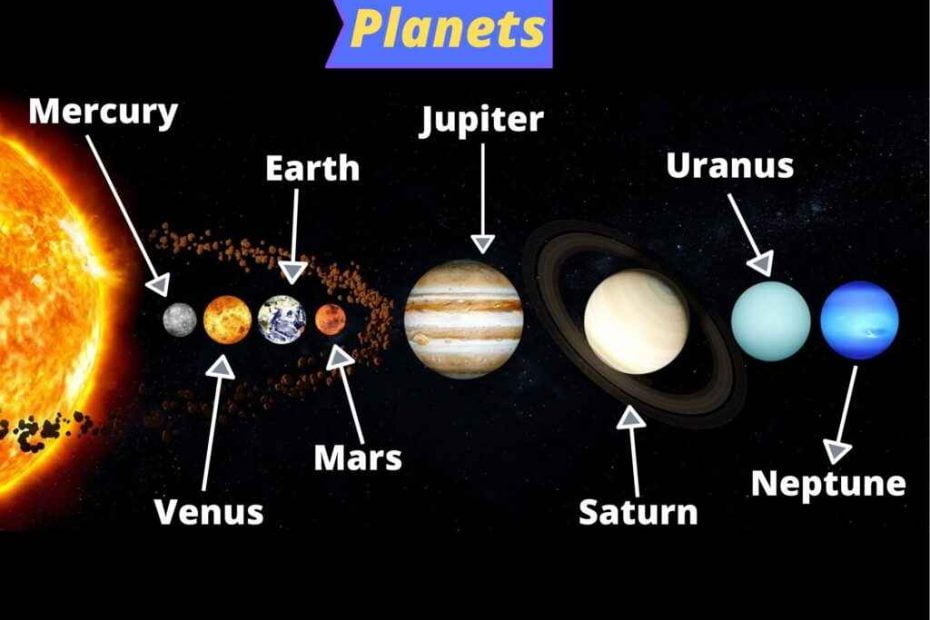 A planet is a large and rounded astronomical object that orbits around its sun. Our solar system has 8 planets, and all eight planets are mentioned below in order of increasing distance from the sun:

Here in this article, we have mentioned our eight solar system planets list with some interesting facts and information.

Mainly, there are two types of planets in our solar system:-

According to scientists, our Universe has billions of planets but our solar system only has 8. There are other different types of planets that exist but are not in our Solar System, such as rogue planets and exoplanets.

Now, check below some informative and educational facts about the eight planets of our solar system.

The number of terrestrial planets in our solar system is four; Mercury, Venus, Earth, and Mars. These worlds are closest to the sun and have rocky surfaces.

They are also called ‘rocky planets’ as their surface is solid in nature and contains silicate rocks and metals. The word “terrestrial” is derived from the Latin word “terra“, which means ‘land’ or ‘earth’. So all the terrestrial planet has an earth-like solid surface structure and a metallic core.

Must Check:- Facts about Planet Mercury Read in detail:- All information about Planet Venus

Read about:- Facts About Our Earth Must Read:- Facts about Planet Mars

The outer planets are mostly made of gases like hydrogen, helium, methane, and ammonia. These worlds are massive and they have rings around them. Read in detail:– All about planet Jupiter

Read  in detail:- Facts about Saturn These were the 8 planets and their facts are explained by Planets Education in short detail. They were described here in order of increasing distance from the sun.

I hope you have liked reading and getting some interesting facts about them. To read about the planets in detail, check the mentioned links for the related planets.

1. What are the Planets in order from the Sun?

2. What are the Planets in order of size?

Must Check:- Size of Planets in Order

You have shown some real interest, so you might miss some other information about our solar system. Below we have mentioned some article links related to our solar system, except planets.

As we know our solar system also has dwarf planets, comets, asteroids, and other solar system bodies. You must like checking them below: